On the trail of Joseph Nicéphore Niépce, the inventor of photography

with Martin Hein (all colour photos in this article were taken by him), March 2015.

Joseph Nicéphore Niépce – * 7 March 1765 in Chalon-sur-Saône, France; † 5 July 1833 in Saint-Loup-de-Varennes. Niépce, who had a sister and two brothers, was an officer in the French army from 1789 to 1811; he administered the district of Nice between 1795 and 1801, then devoted himself to mechanical and chemical work with his brother Claude Niépce in his father’s town, and to lithography from 1815. From 1816, Niépce was engaged in the production of images with a camera obscura.

For his first experiments, he positioned sheets of paper coated with silver salts on the back of a camera obscura. It was known that silver salts (silver chloride) darken when exposed to light. In May 1816, he produced the first picture of nature: a view from the window. It was a negative and the image was not durable. After opening the camera, the exposure process continued, the image increasingly blackened and eventually disappeared completely. Niépce called this process “retina”. The recording technique from the project “THE 7th DAY” is based on this process. Disappointed that there was no way to make this first photograph durable, Niépce devoted himself to other processes.

In March 1817, Niépce focused his attention on guaiac resin. This yellow resin, exposed to daylight, changes colour to green. It is also sparingly soluble in alcohol. So, in principle, it could be used to make permanent photographs. However, this property of the resin is only caused by UV light. The glass lenses of his camera obscura largely filtered out this light and the guaiac resin did not change its properties in the camera. Contact prints in direct sunlight were possible, but unfortunately no photographs with his camera obscura.

Disappointed, Niépce turned to other substances, especially natural asphalt, also known as ” Bitume de Judée”. In France at the time, the tough, black-brown mineral was also extracted from the Mine du Parc, a mine near Seyssel, about 100 kilometres from his country home. Finely powdered natural asphalt is dissolved in lavender oil and applied very thinly to metal plates (copper, tinplate), stone or glass. After drying on a hot iron plate, the coated material can be exposed. The exposure time for contact prints is several hours with sunlight. In a camera obscura the exposure takes several days. Depending on the amount of light, the asphalt hardens to different degrees. After exposure, the softer areas (where less light reached) can be washed out with a mixture of lavender oil and white oil. He describes his method in detail in his “Notice sur l’Héliographie”.

Nicéphore Niépce, inventor of photography, was born in this house on 7 March 1765.

Nicéphore Niépce, inventor of photography, was born in this house on 7 March 1765. 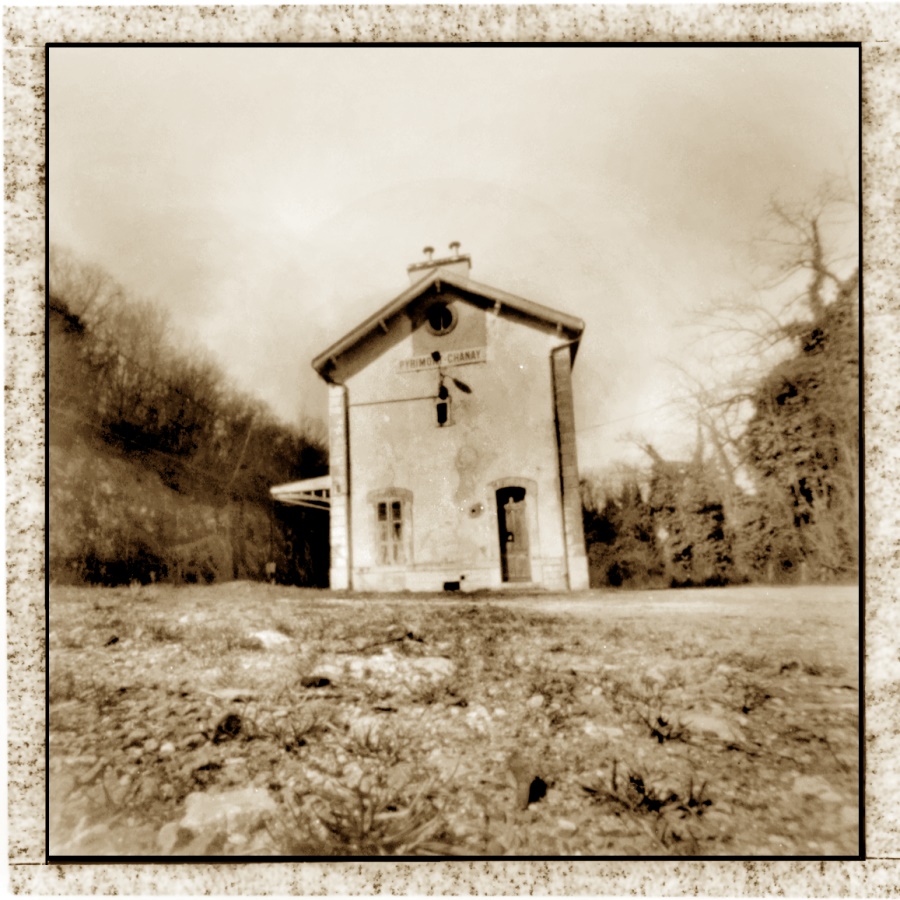 The mines of Seyssel in the Rhone Valley near the Pyrimont station of the Geneva-Lyon railway. The natural asphalt that Niépce used to make his heligraphs probably came from here. A natural asphalt or asphaltic limestone impregnated with bitumen. 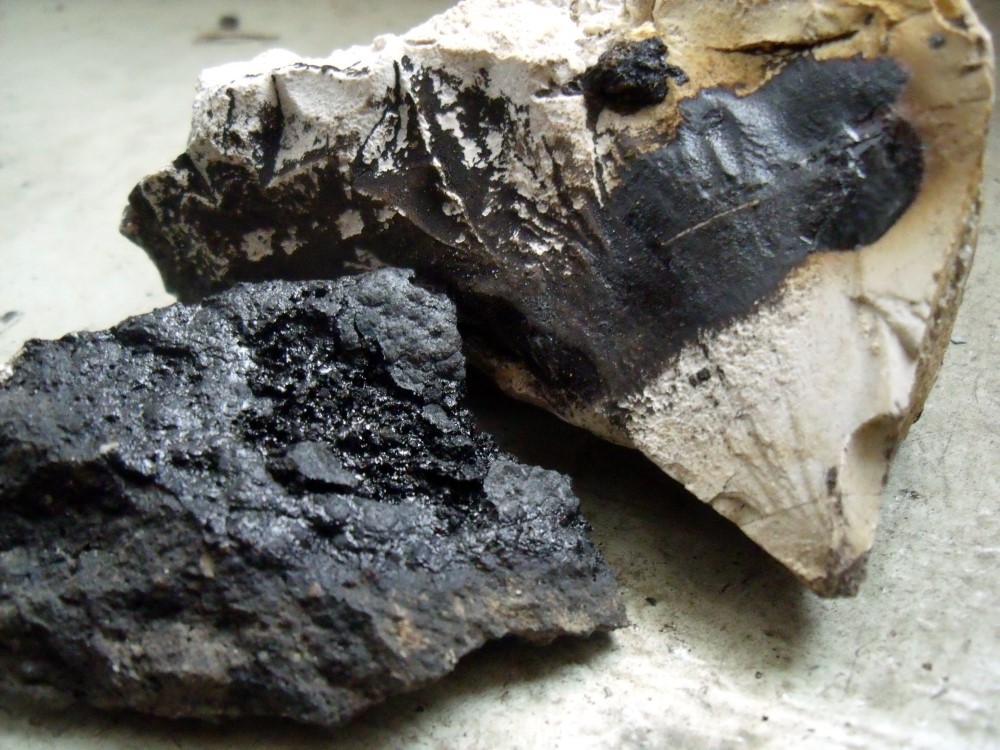 Pyrmont on the Rhône, Mine d’Asphalte

Pyrmont on the Rhône 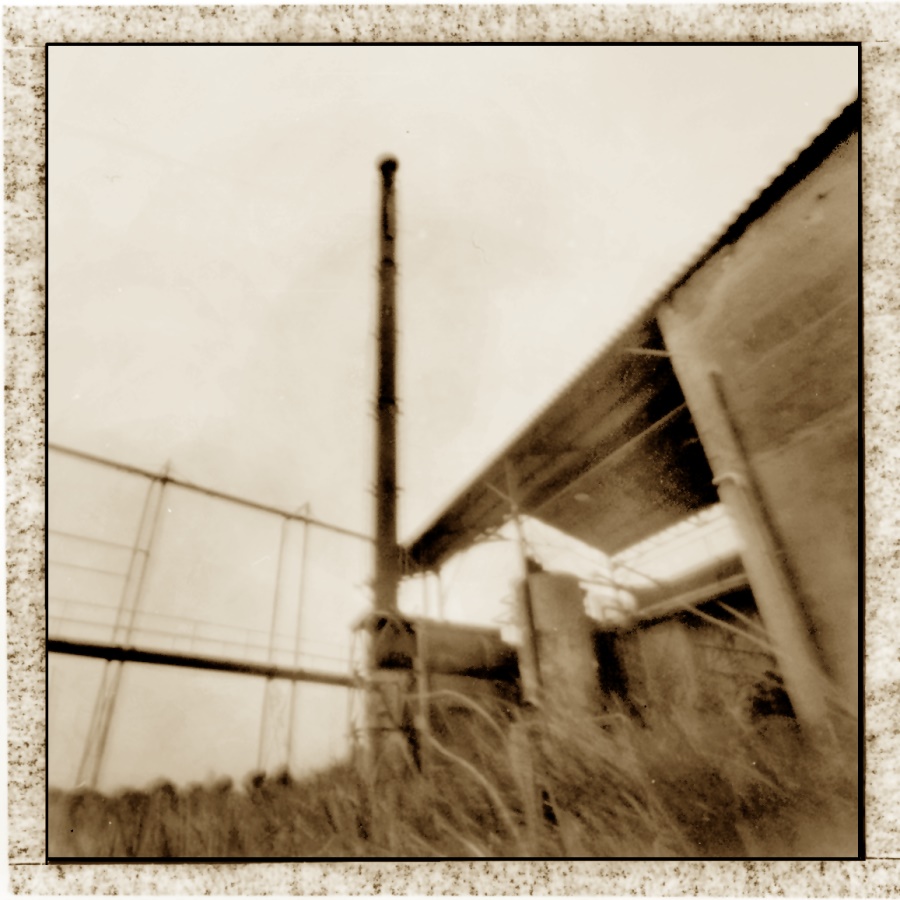 La-maison-de-Nicéphore Niépce-de-Saint-Loup-de-Varennes. This is where the first permanent photograph was taken, which has survived to the present day. The picture shows the view from a study in Le Gras. It was taken by Joseph Nicéphore Niépce in 1826. You can find more about the heliography technique here: