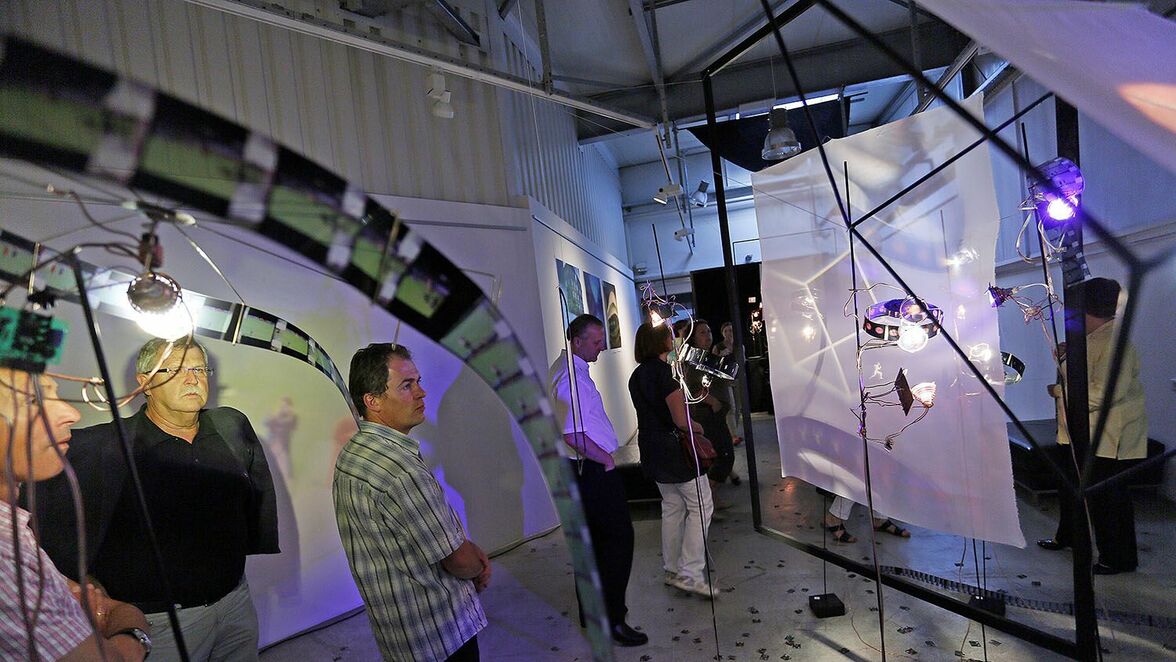 Permanence in the twilight

The photographer and installation artist Prezmek Zajfert is showing works entitled “Measuring Time” in the Kunstkabinett in the Fischhalle of the WMF. The vernissage was on Thursday.

Lenses bent into wire, light sources, rotating film strips on thin rods that cast moving images onto the wall, captured in strictly geometric cubes. Prezmek Zajfert’s light installations play with movement, with time, with contrasts. In them, futuristic appearances meet mechanical constructions, but the exciting thing is always the object as a whole.

The large light installation, for example, which the Wroclaw-born Zajfert is currently showing in the rooms of the WMF Kunstkabinett, appears delicate, filigree, transparent, but draws its surroundings into itself with great force. She projects images onto the surrounding walls – the theme is the assassination of John F. Kennedy – the floor is covered with cut-up film strips through which the exhibition visitor must inevitably walk and which thus draw him out of the pure role of observer.

The theme of “time” runs through his work. In terms of content, but also formally. A large part of Zajfert’s work is projects with the camera obscura, the pinhole camera whose principle has been known since Aristotle, which decelerates through the possibility of very long exposure times. At the same time, Zajfert obtains personnel and motifs for this project (Camera Obscura 2005/1-inf) via the internet auction house ebay, thus creating a joint photographic image created by two people unknown to each other. The show in the Kunstkabinett presents examples.

“I do everything completely differently from everyone else,” WMF press spokesman Thomas Dix quoted the artist in his introduction. And he emphasised that this was not arrogance, only astonishment. Zajfert moves between art and craft, between photography, film, the virtual and conception. And consistently takes his recipients out of their role as viewers. Already at the entrance to the show, visitors can buy a participation set for Zajfert’s project “the 7th day”, a film can as a pinhole camera, loaded with photo paper, an envelope and a description. Those who take part will find their pictures on the project’s website.

Zajfert has also turned the trainee industrial clerks of WMF’s “junior office” – who are otherwise only responsible for organising the exhibitions – into actors, into co-exhibitors. With eleven pinhole cameras, long-exposure photographs were taken on the WMF premises, which are shown in large format in the exhibition. Everything ephemeral has disappeared from these pictures, as Thomas Dix described at the beginning: What one sees is the permanent, a strangely floating mood, a twilight, a dreamlike atmosphere. 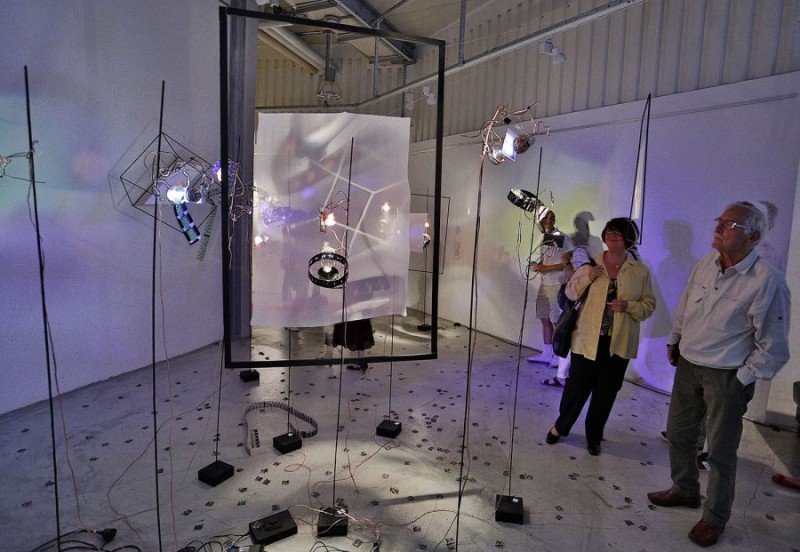 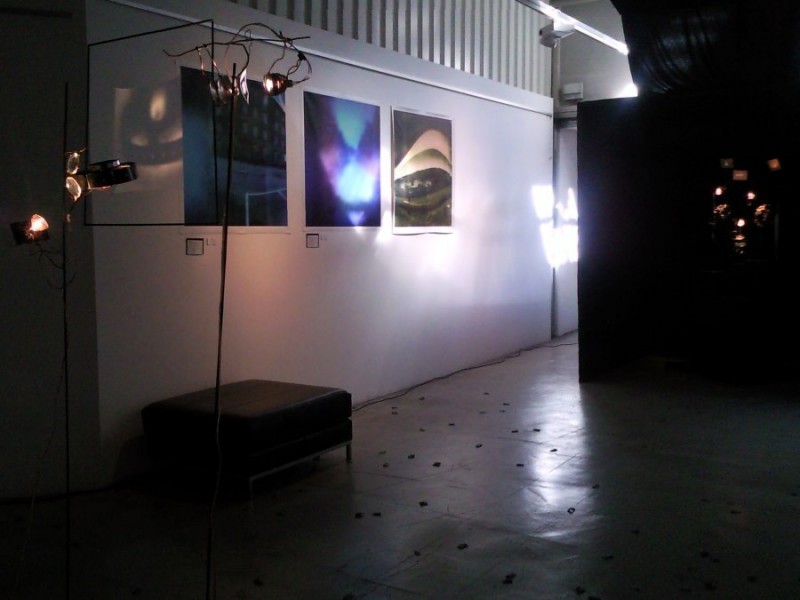 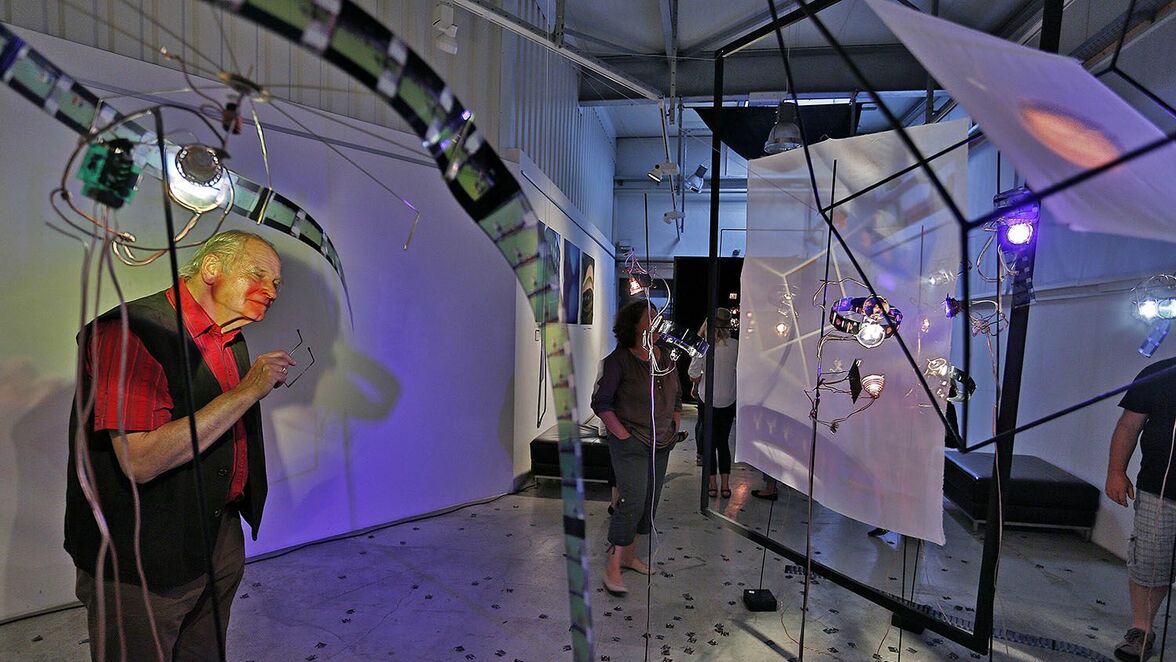 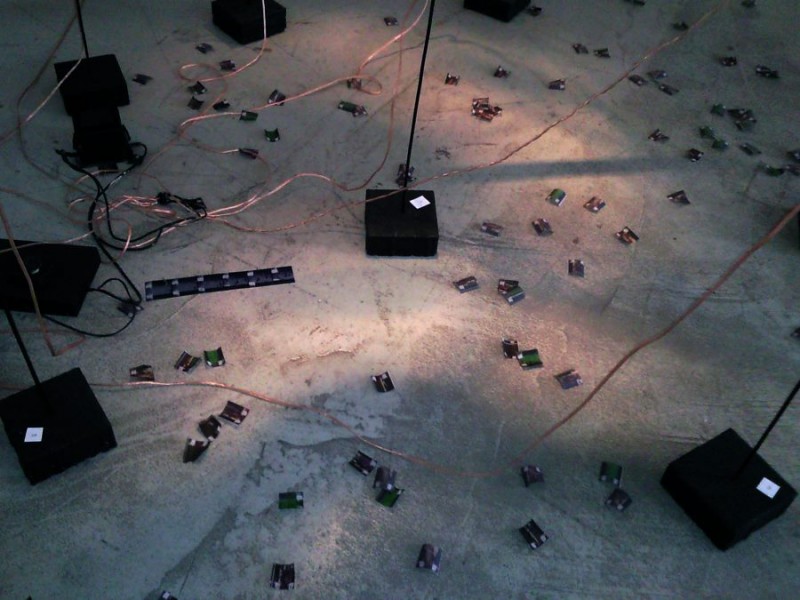 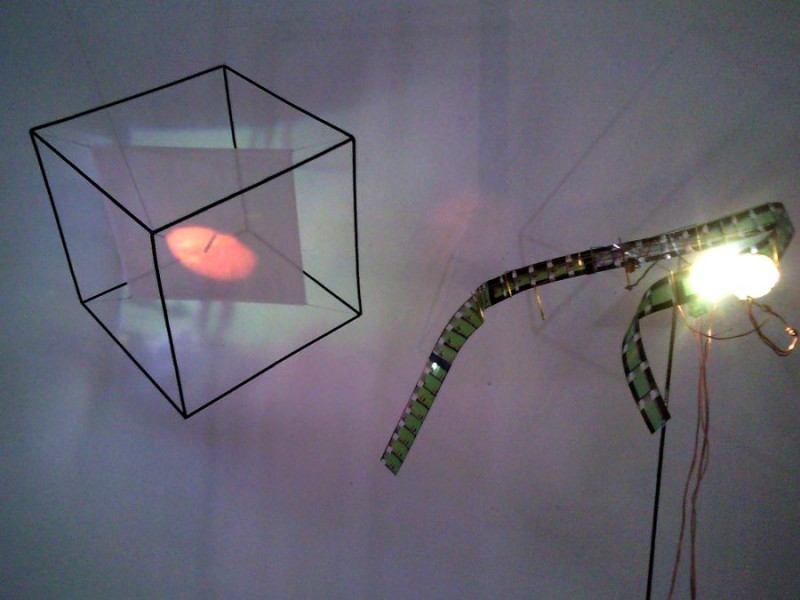 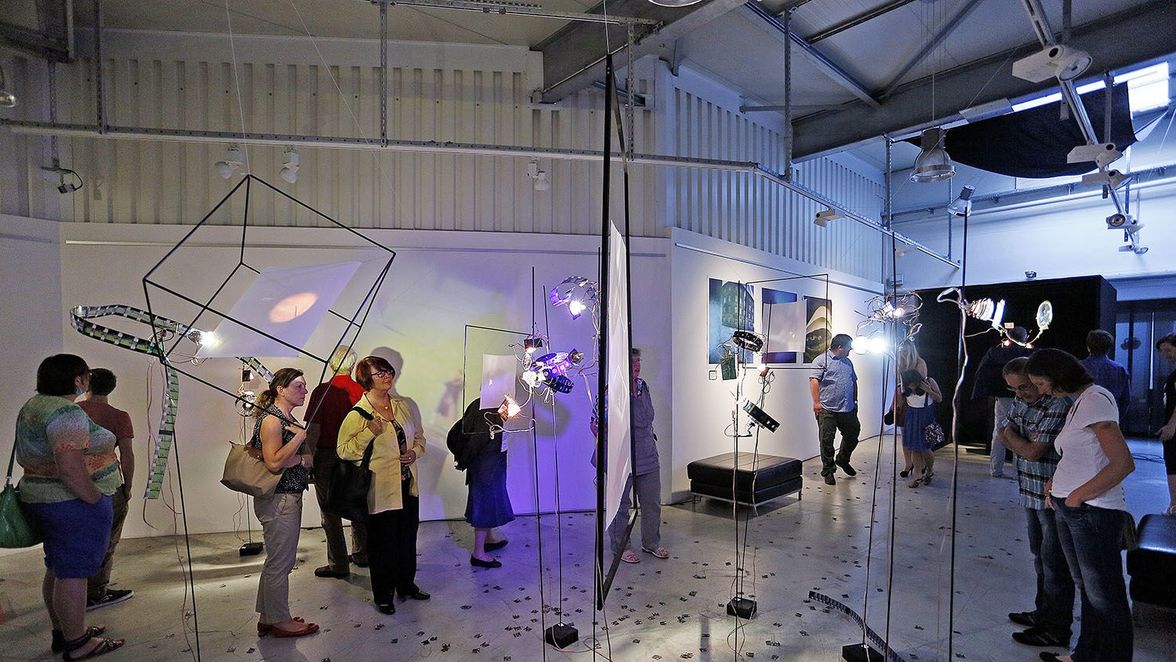 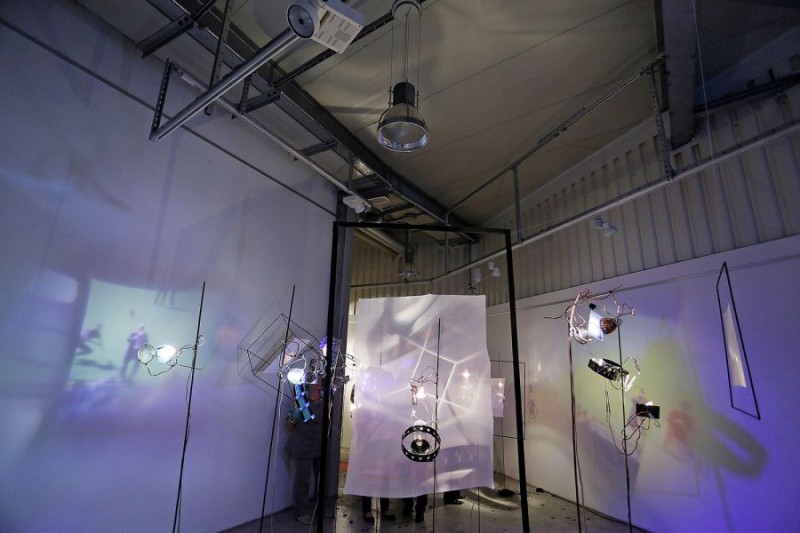 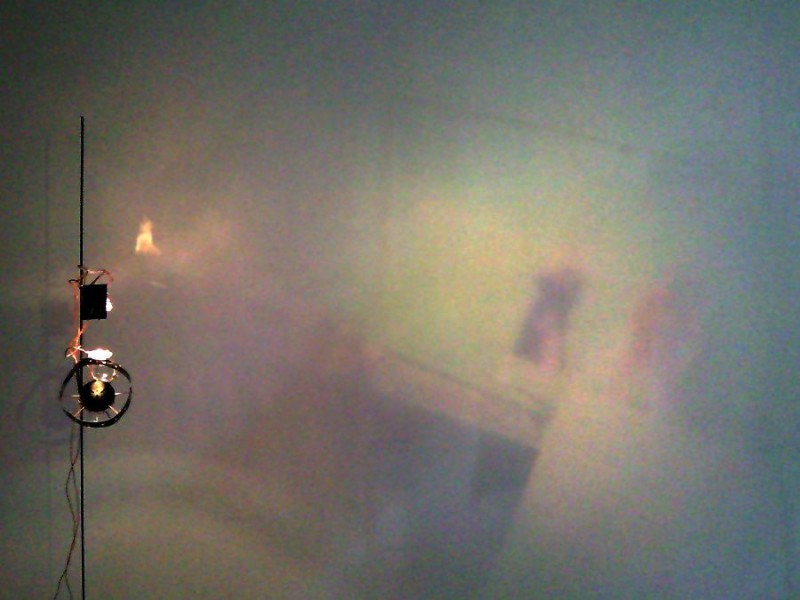 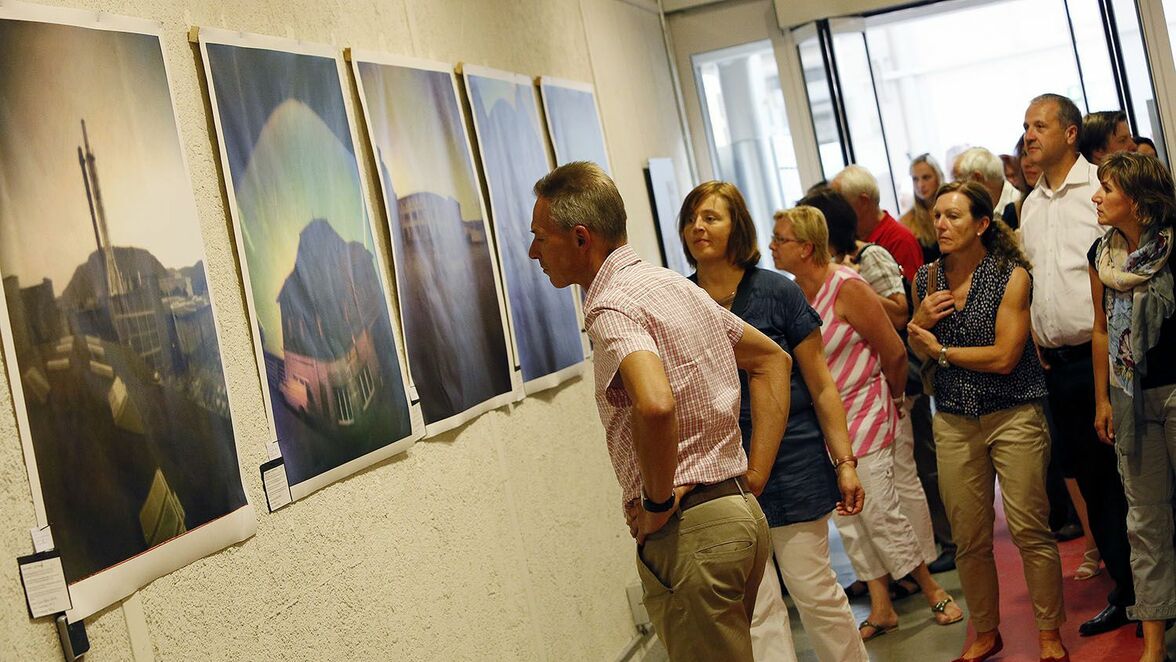