is a worldwide project in which two holes of a twin-holed pinhole camera are being auctioned simultaneously on Ebay every week. This project is dedicated to the polish artist Roman Opalka and his work 1965/1-∞. The highest bidders in each case receive one after the other a pinhole camera loaded with a piece of unexposed sheet of 5×7 Inch b/w film. They punch a hole with the enclosed needle and expose their own photograph in turn. Because of the minimal distance between the two holes the two photos overlap partly, so that a joint picture emerges, created by two people in different parts of the world. In the course of time a sort of photographic global puzzle will emerge – one continuous series of parallel exposures. At a later date the cameras will be displayed together with the parallel exposures in a permanent exhibition in the Galerie Merid in Stuttgart. They will also be published on this Internet site. 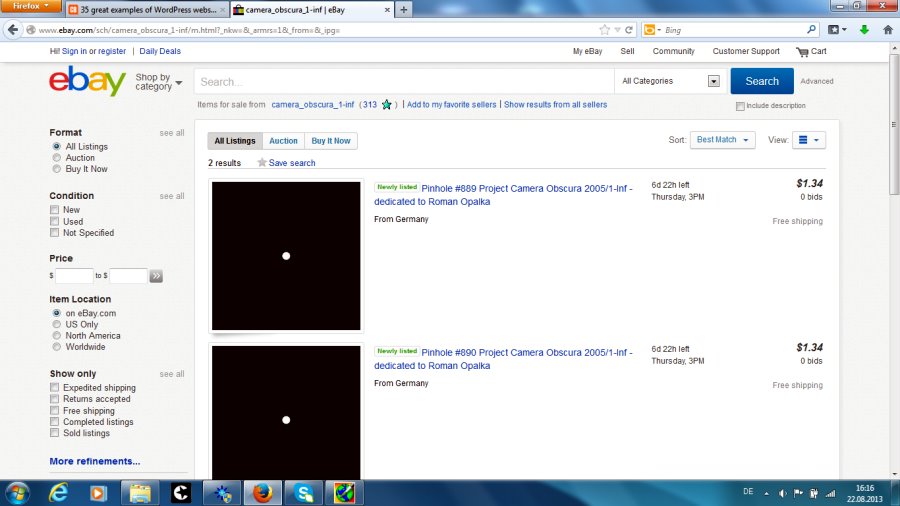 You can participate in the project here. 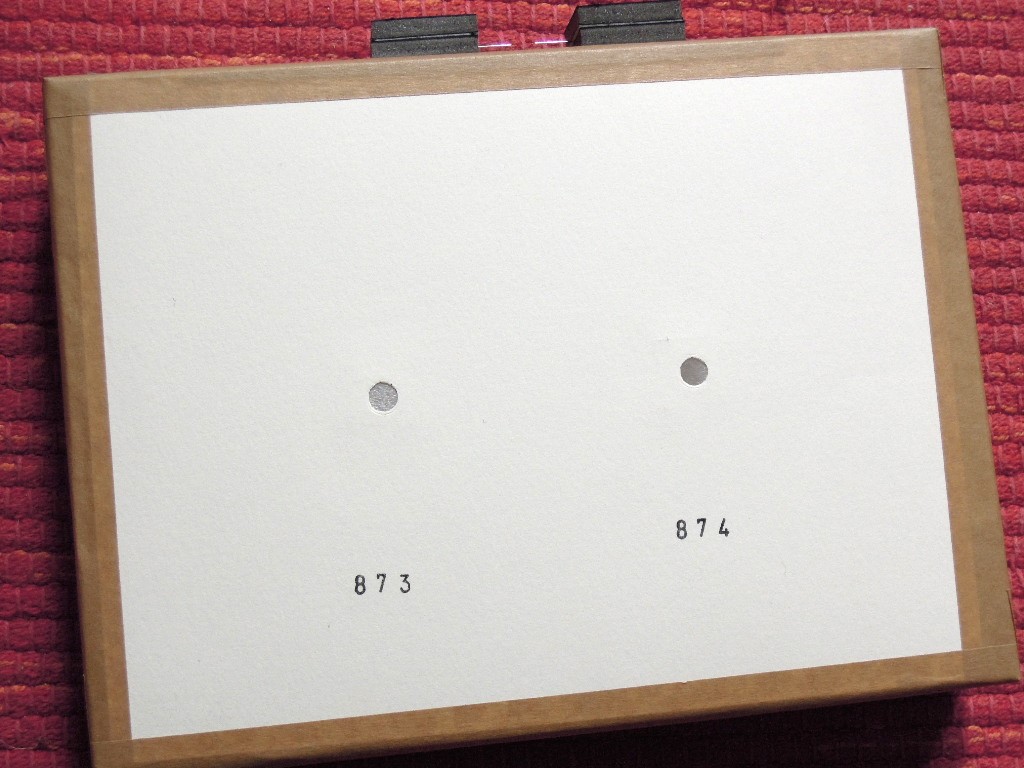 Light-proof cardboard, painted black on the inside with affixed black/white film. On the front there are two marks where the holes should be made and a serial number of the holes. The needles for punching the holes are provided with the camera. 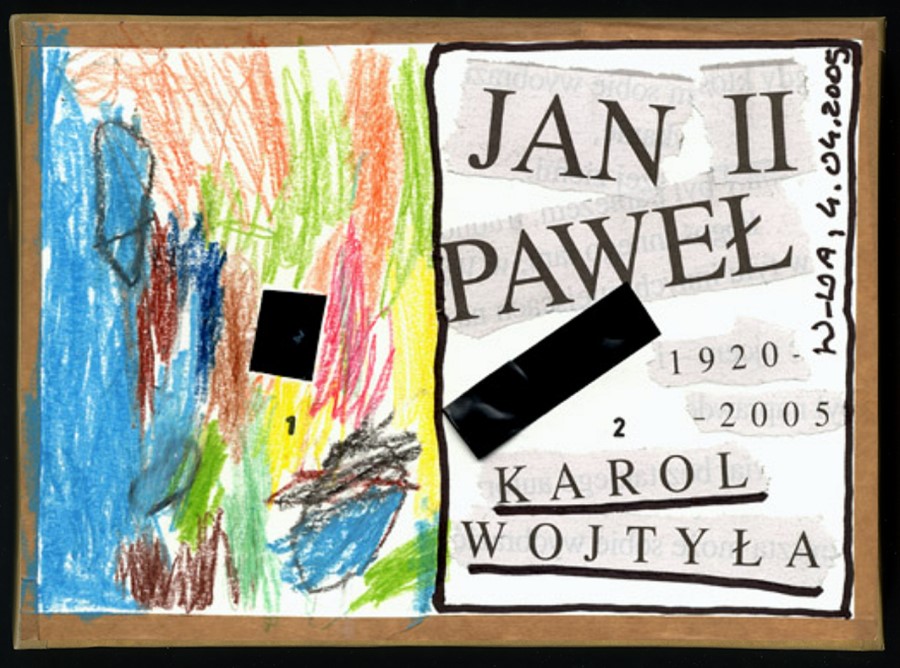 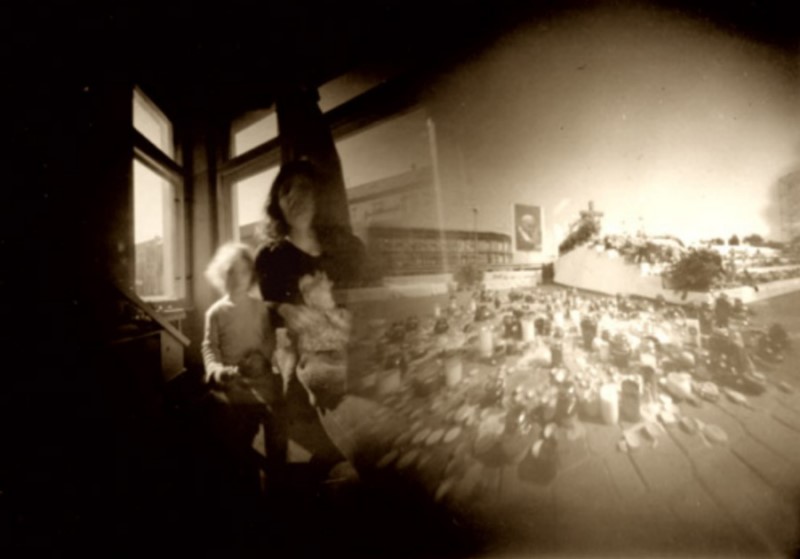 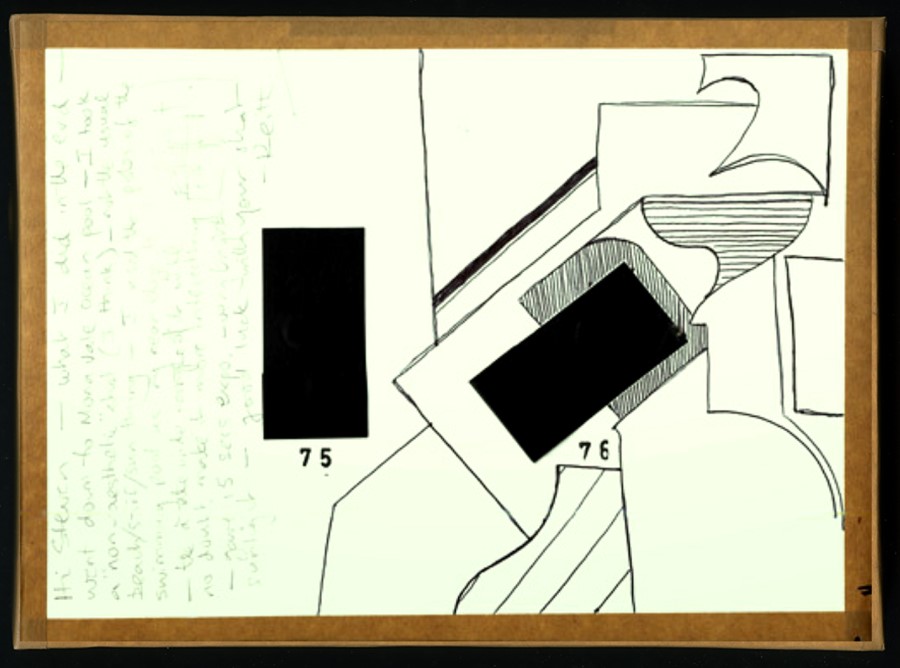 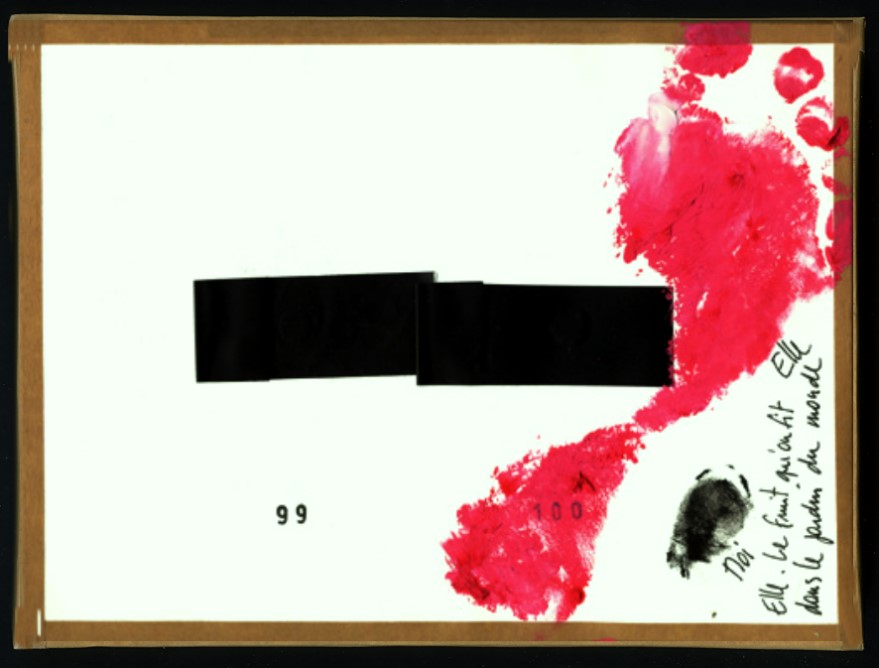